For decades, medical experts have been able to offer into evidence otherwise inadmissible hearsay as the “basis” for expert opinion.  No more.  In People v. Sanchez, (2016), 63 Cal. 4th 665, the California Supreme Court ruled that all case-specific hearsay must now be subject to a hearsay exception in order to be admitted into evidence by an expert.  It is thus imperative that doctors treating personal injury cases understand the full ramifications of Sanchez and understand how to make the medical records, diagnostic imaging and other documents admissible.

This program is part of a 6-hour course. 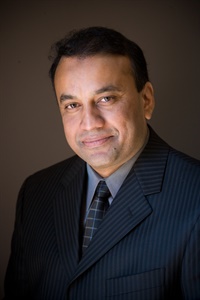 Dr. Sana Khan is an accomplished radiologist, researcher, teacher and entrepreneur.  He attended medical school at UCLA and graduated as a Dean’s Scholar with M.D. and Ph.D. degrees in Anatomy and Clinical Neurophysiology.  He was the first radiologist in the U.S. with the Stand-Up Weight-Bearing MRI and has contributed significantly to the advancement of this technology.  He is a nationally renowned scientist conducting on-going research with the Departments of Orthopedic Surgery at UCLA, USC, City of Hope Cancer Hospital, UC San Diego and the US Department of Defense. Having published and contributed to over a hundred research papers, Dr. Khan is a prolific lecturer at conferences nationally and internationally. Dr. Khan also brings extensive expertise in the medical-legal aspect of imaging Musculoskeletal and Traumatic Brain Injuries.  His  “MedSchool for Attorneys” Zoominars regularly attract a thousand plus attendees.

Dr. Khan has received numerous awards for his medical accomplishments such as U.S. Congressional Medal of Distinction, 2008 for Advancement of Medical Science (Radiology) and in 2013 induction into the prestigious President’s Circle of the Radiological Society of North America for contribution to research in Radiology.

In addition to his academic and research accomplishments, Dr. Khan is also a serial entrepreneur having built diagnostic centers nationally and garnered such awards as “Ernst & Young Entrepreneur of the Year, 2008 Finalist in California” and “Keys to the City of Houston from Mayor Bill White, for financial and academic contributions to the city.

Dr. Khan resides in Orange County, California with his wife Safura and 4 children.